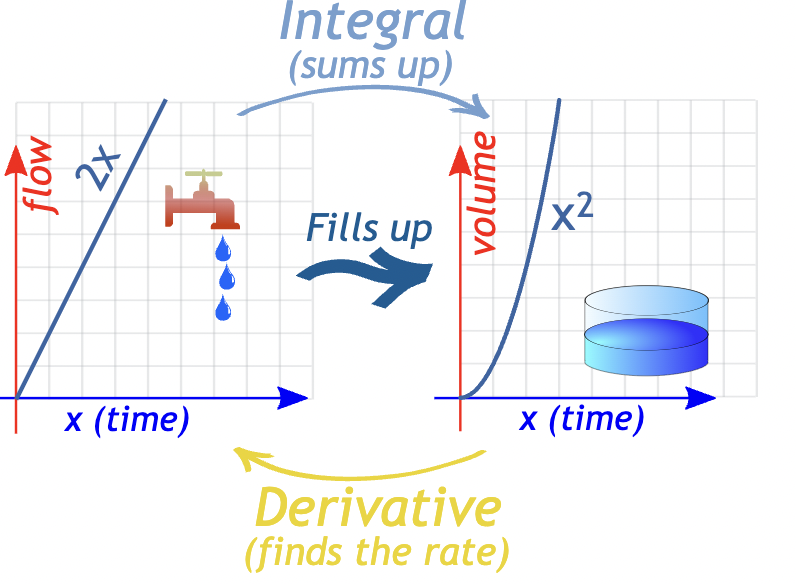 The term integrals refer to a collection or accumulation in things. Following the same idea, integrals become an important concept in mathematics. The concept corresponds to the summing of infinitesimal parts to find the content of a whole area or region. An integral is used in calculus as a mathematical function that can be interpreted as an area. Integrals are one of the fundamental objects of calculus in mathematics. It is a reverse process of differentiation or derivative of a function.

In mathematics, integral describes any displacement, area, volume, and other concepts that can be found by combining small parts of data. Integrals serve as a useful tool for solving problems involving the area of an arbitrary shape, the length of a curve, the volume of a solid, etc. Integral refers to the area of a region under a curve of any shape. The actual value of an area can be approximated by making small rectangular areas between the curve and the x-axis and then adding or integrating those areas. An integral of a function represents the area of a region by breaking it up into thin vertical areas and then adding up the areas between the lower and the upper limits. An integral of a function is defined by specifying it over an interval.

Integral is denoted by a numerical value that refers to the area under the curve enclosed by some interval. The integral of a function of ‘p’ will be the sum of the rectangles formed by the curve of that function at each interval of change in ‘p’. Integral is used for solving two types of problems as follows:

The integral is also called the anti-derivative because integration is the reverse process of differentiation. Integrals are considered to be a very effective tool in representing the area under graphs, the area bounded by a curve and a line, the area between two curves in a two-dimensional plane. Integrals can be used to calculate the volume of three-dimensional solids. It has also found its application in physics for the computation of displacement and motion problems.

What Are Integral Formulas?

There are different types of integration methods. Each method involves the application of a specific formula in finding the integrals. These are as follows: